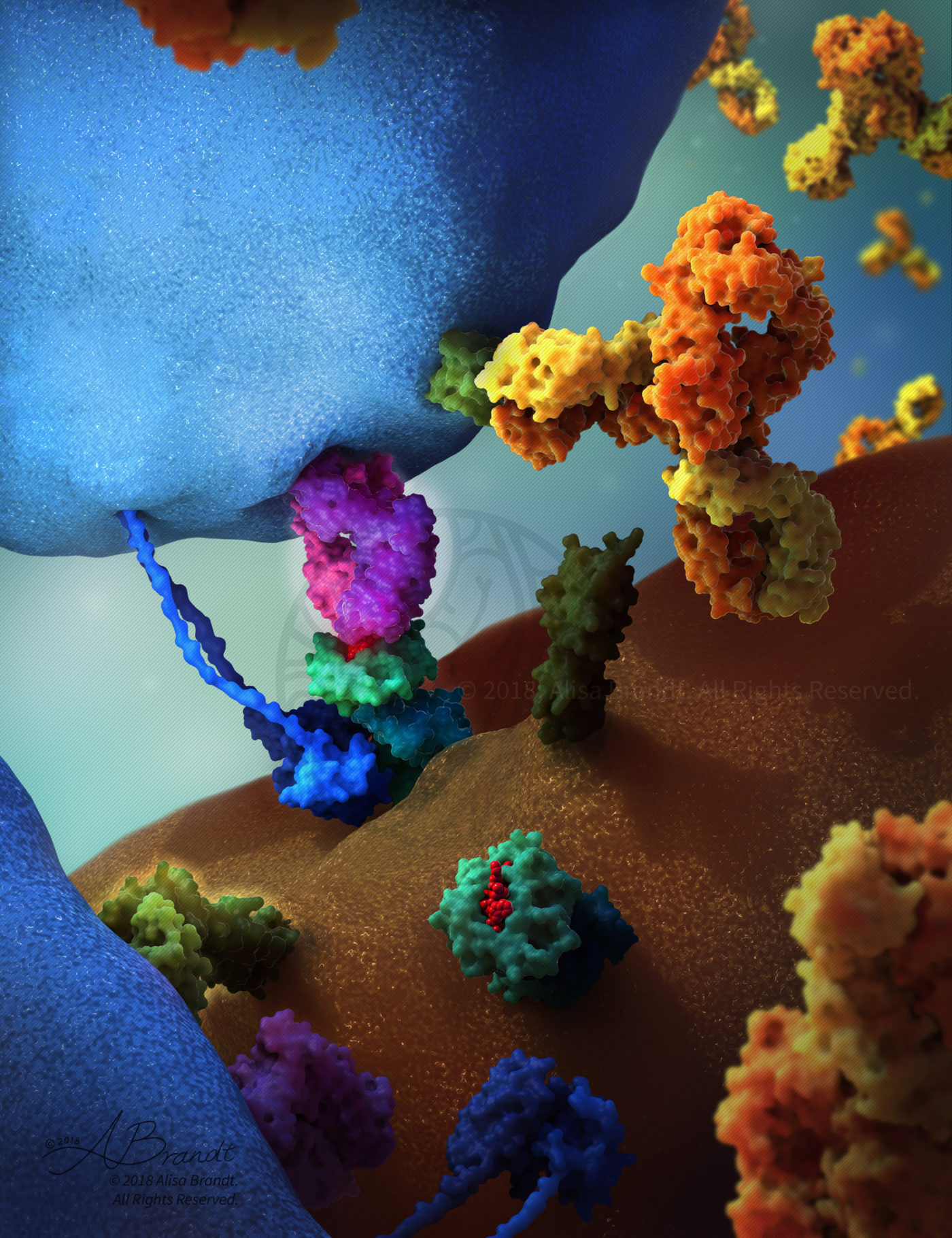 Immune checkpoint blocking therapies, or ICBs, help fight cancer by inhibiting the down-regulation of effector T cell activity. Here, two CD8+ T cells (in blue) approach a cancer cell (in brown), while ICB antibodies flow in from the upper right to block interaction between PD-1 and PDL-1. Peptide fragments (in red) are being presented by the cancer cell on its surface in HLA-I (Human Leukocyte Antigen) molecules, which make up the Major Histocompatibility Complex I. CD8+ T cells recognize and bind to these molecules with their receptors and coreceptors to be able to attack the cancer cell. The upper T cell is much more likely to be successful compared to the lower T cell, because the downregulating activity of PD-1 and PDL-1 interaction is being blocked by an antibody. Created using PDB IDs: 1BD2, 5MEN, 3DMM, 3BIK, 4ZQK, and 5DK3. Illustration created during the Molecular and Cellular Visualization course in the Medical and Biological Illustration graduate program at the Department of Art as Applied to Medicine, Johns Hopkins University School of Medicine.